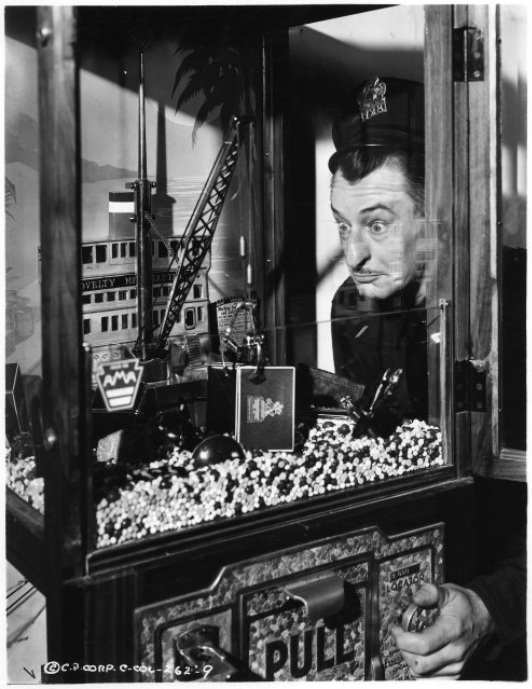 from THE SUPER SNOOPER with El Brendel (Courtesy Louie Despre)
At the time of his co-starring series with Tom Kennedy, Monty Collins was assigned one solo effort entitled UNRELATED RELATIONS. He would return to supporting burly Kennedy onscreen in a series of fun, slaptstick outings until 1938.

From there, he turned his attention to writing comedies for other Columbia comedians who were under contract at the shorts department, and occasionally would turn up in supporting roles in the films, most notably as the mother of The 3 Stooges in CACTUS MAKES PERFECT (1942).

His solo effort for the studio is currently unavailable for reappraisal.

Monty strikes it rich on some oil stocks and he and his wife move into a luxurious new home, but before they know it, her mother and brother have moved in with them. Life in the new home is nothing but miserable for Monty, so he masterminds a scheme to scare his mother-in-law and brother-in-law off the property...he rents his own "mother" along with two roughneck "brothers" to torment them.