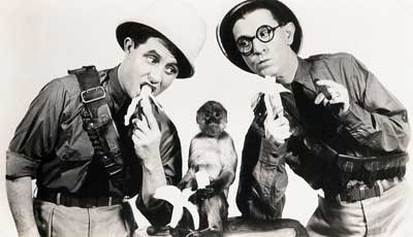 Wheeler (L) and Woolsey with a friend in Columbia's feature SO THIS IS AFRICA (1933)
Bert Wheeler and Robert Woolsey were a very successful comedy team in the 1930's, having appeared in over 20 films and shorts together (including their only Columbia appearance as a team, SO THIS IS AFRICA).

When Robert Woolsey died in 1938, so did Bert's film career. He busied himself with stage and radio work, as well as an occasional film appearance.

While making some appearances on television's TEXACO STAR THEATER and CAVALCADE OF STARS, Jules White offered Bert the opportunity to headline a series of two-reelers at Columbia. "I gave him a job when nobody else wanted him" said White of his hiring of Wheeler (who was grateful for the employment).

The two shorts Bert headlined, INNOCENTLY GUILTY and THE AWFUL SLEUTH, are in our archives and available for review.

On a business trip, Bert innocently becomes involved with his bosses wife, which is further complicated by the arrival of Bert's own wife who tails him on suspicion of being unfaithful to her while out of town. 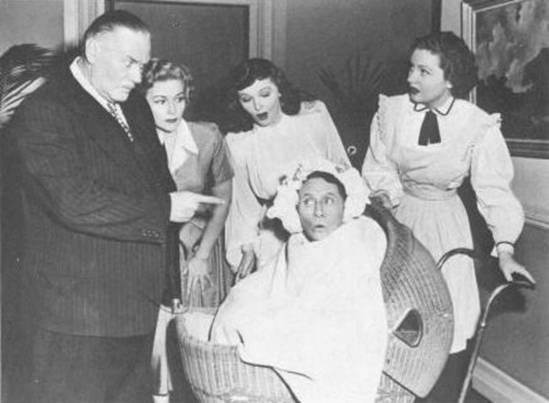