Strange As It Seems 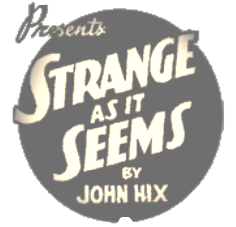 Based on a syndicated comic strip rivaling RIPLEY'S BELIEVE IT OR NOT (and after a 6 year run at Universal), the STRANGE AS IT SEEMS series came to Columbia in late 1936. The live-action series (like the cartoon strip) was created as a rival to Warner Brothers RIPLEY'S BELIEVE IT OR NOT short-subjects. At Columbia, the series was originally issued under the blanket title COLUMBIA TOURS, but for ease, we have listed them under their original series name. All of the shorts in the series were written by John Hix and produced by Leonard Poole.

All are one reel in length and were re-issued for the 16mm non-theatrical rental circuit by the Academic Film Company. In 1949, all 8 Columbia produced shorts were bundled together by CBS and made available to television affiliates.

Just for the record, the series was reverted back to Universal under the new title STRANGER THAN FICTION.

The Story Of Norton I, Emperor Of The United States (Dec 28, 1936) No director credited. Narrated by Robert Sherwood.

The Herald Of The Skies (aka Mark Twain And Hailey's Comet) (Apr 3, 1937) No director credited.Narrated by Robert Sherwood.

Fifty Year Barter (May 20, 1937) No director credited. Narrated by Robert Sherwood. Quite possible that this was released in Cinecolor.

The Boy Who Saved A Nation (aka Lafayette- Champion Of Liberty) (Dec 7, 1937) No director credited. Narrated by Robert Sherwood. 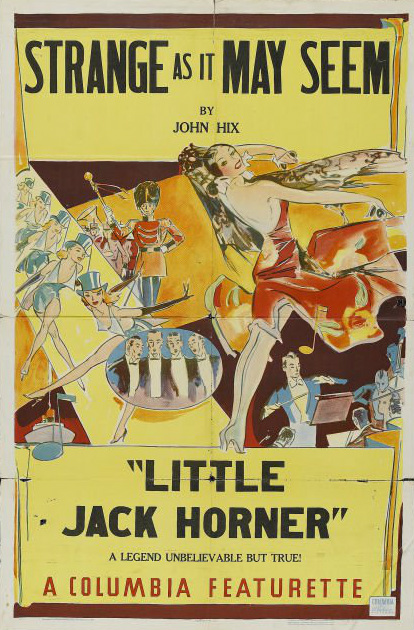