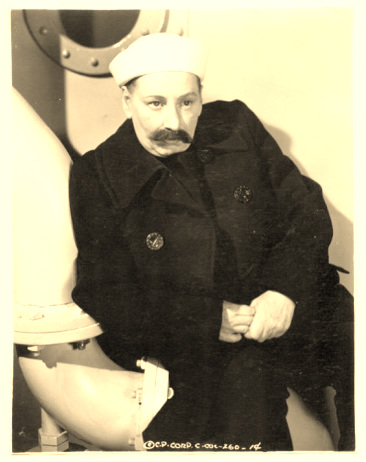 Polly's disguise in SAILOR MAID
In the late 1920's, Polly Moran, a former Mack Sennett comedienne, had co-starred with Marie Dressler in a extremely popular series of shorts and features. After Dressler's death, Moran was offered the chance to appear in two-reelers at Columbia. Her solo efforts are mediocre at best, and never quite caught on with the public, resulting in two shorts for the department.

She would continue to work sporadically, including an appearance in the RKO "Newlyweds" short PRIZE MAID, until her death in 1952.

Both Polly Moran titles were syndicated by Screen Gems Television in 1959. 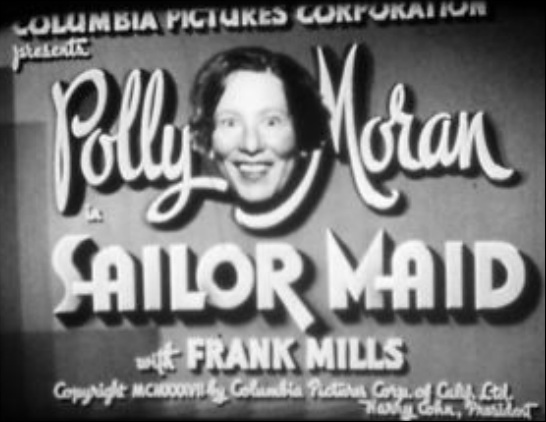