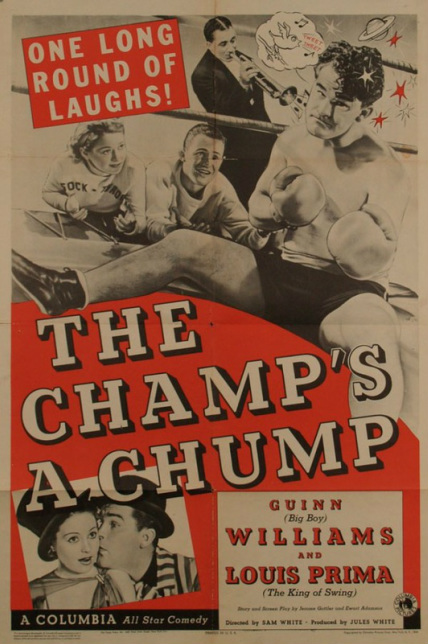 Guinn Williams, dubbed "Big Boy" by Will Rogers, had a prolific career in films for nearly 40 years, first appearing in a series of silent westerns (to which he successfully made the transition to sound). Generally playing the dim, quick-tempered sidekick, Guinn was contracted by Columbia Pictures to appear in THE CHAMP'S A CHUMP.  A few years later, he would turn up in a supporting role in the "Glove Slingers" series.


Williams enrolls in college, in an effort to sign a collegiate boxer to a contract.
Reissued on December 10, 1951