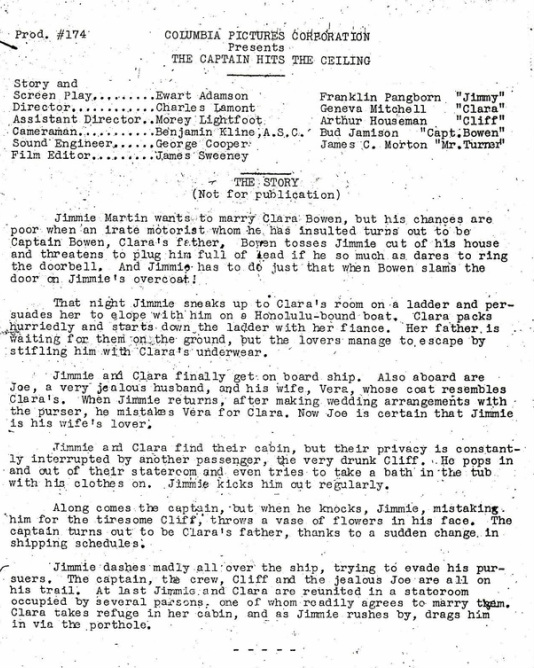 Courtesy Richard Finegan
Franklin Pangborn, best remembered for his "sissy" roles in films like Our Gang's WILD POSES, was a prolific character actor who remained active in films and television until his death in 1958. His one and only appearance in a Columbia two-reeler was his starring vehicle, THE CAPTAIN HITS THE CEILING.

This film, unfortunately, is unavailable for reappraisal at this time.


THE CAPTAIN HITS THE CEILING (7/6/35) D: Charles Lamont. Geneva Mitchell, Bud Jamison, Stanley Blystone, Arthur Housman. Pangborn has a run-in with a burly sea captain who turns out to be his fiancée's father. TRIVIA: Title is a spoof of the Columbia feature THE CAPTAIN HATES THE SEA, which co-starred The 3 Stooges, Walter Catlett, and Leon Errol. 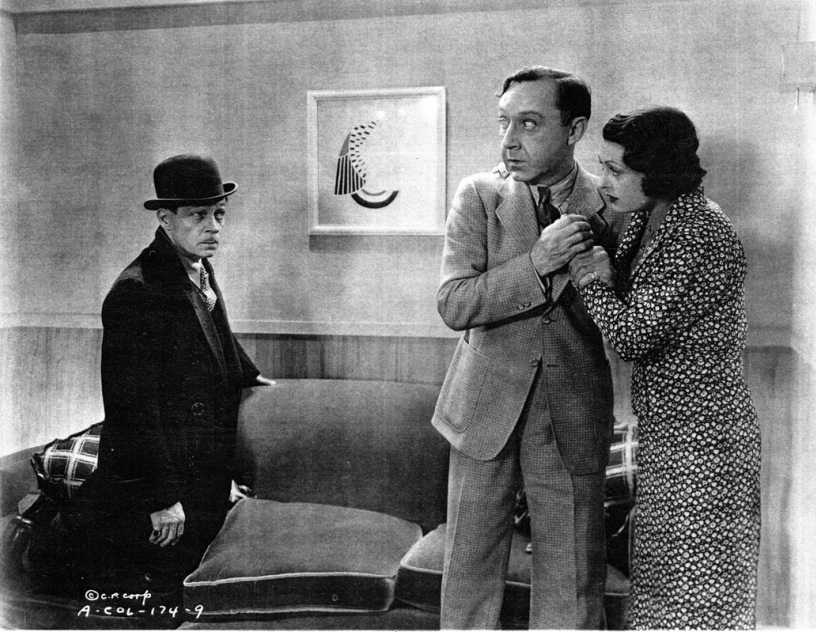