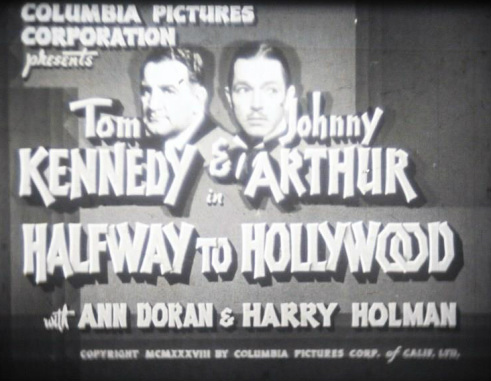 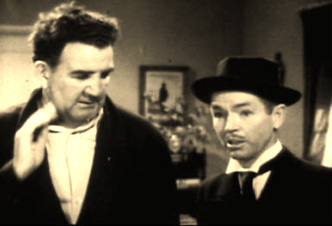 When the studio discontinued the Collins and Kennedy series, someone came up with the idea to pair Tom Kennedy with comedian Johnny Arthur, who is best known as the suffering father of Spanky McFarland and Darla Hood in a handful of "Our Gang" comedies.

The result was HALF-WAY TO HOLLYWOOD, which is a decent effort, but apparently audiences of the day did not agree and the idea to continue the series of Kennedy and Arthur comedies was nixed.

Tom Kennedy would continue to appear in two-reelers for the unit, often supporting comedians El Brendel and Shemp Howard in their series of shorts. Johnny Arthur would move on to other work at various studios, including a memorable role in the Republic serial THE MASKED MARVEL,  until his death in 1951. 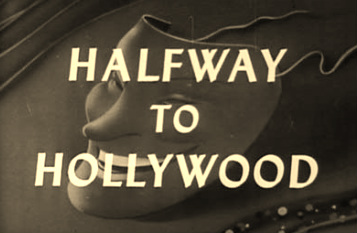 Johnny writes a screenplay, then gets Tom and his wife to star with him in his amateur production. Their production is about their boss, who walks in on a screening of the finished product, puts "two and two" together and is infuriated....until the footage reveals the truth behind Tom and Johnny's co-worker...who is collecting workman's comp for his "injuries".