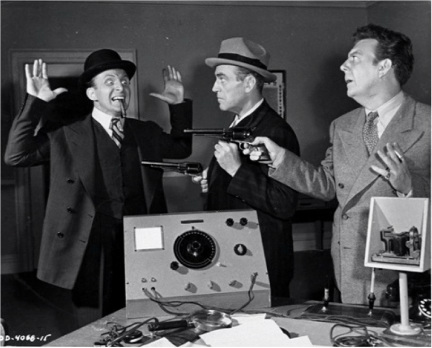 Emil Sitka, Richard Lane and Gus Schilling in PARDON MY TERROR
_Columbia Pictures was once again attempting to create an original comedy team, and the pairing of Schilling and Lane paid off. Both were veterans of the stage and screen, and in many of the shorts, acted as if they had worked together for most of their lives. A few of their comedies aren't as good as others, but that can be said of almost any of the two-reelers Columbia churned out. The series would last until 1950.


All titles are currently available through our archives except for the elusive HOLD THAT MONKEY. 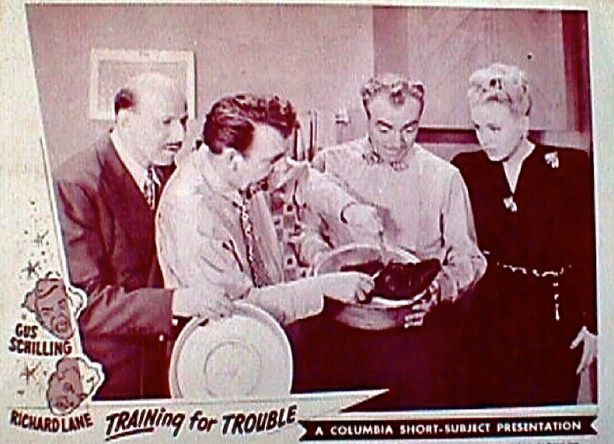 PARDON MY TERROR (9/12/46) D: Edward Bernds. Christine McIntyre, Lynne Lyons, Kenneth MacDonald, Dick Wessel, Phil Van Zandt, Vernon Dent, Emil Sitka, Dudley Dickerson. When a millionaire mysteriously disappears, private eyes Gus and Dick are called in on the case. TRIVIA: This short was originally intended to be a Three Stooges comedy. Writer/Director Ed Bernds slightly altered the screenplay for Schilling and Lane when 3rd Stooge Curly Howard fell ill. A reworking of Walter Catlett's YOUR NEXT! (1940). Remade with the Three Stooges as WHO DONE IT? (1949) and FOR CRIMIN' OUT LOUD (1956). Reissued theatrically in June, 1963. 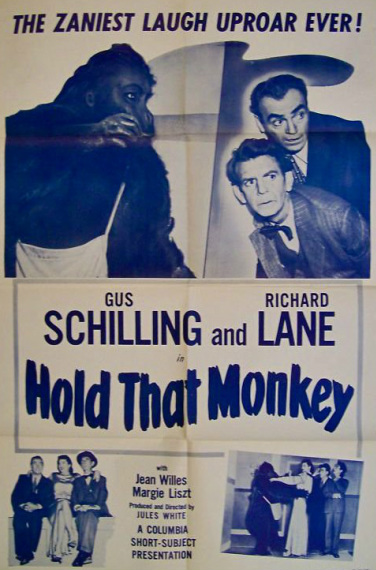 PARDON MY LAMB CHOP (6/10/48) D: Jules White. Dorothy Granger, Judy Malcolm, Cy Schindell. Gus, in an attempt to show kindness towards his fellow man, invites salesman Dick Lane into his home. TRIVIA: During the scene where Dorothy Granger's rear is set on fire, you can see her hair catch fire as well. Watch for her to frantically swat at the flames.