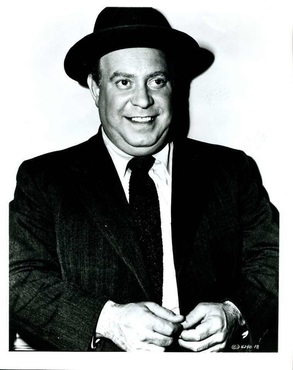 
Joe Besser is best known for his work as "3rd Stooge", but he appeared in his own series of solo shorts prior to gaining that fame. He first appeared in the Columbia released Ben Blake musical comedy short CUCKOORANCHO in 1938. 11 years later, Besser would turn out 10 shorts (the last four are remakes of the first four!) for the Hollywood unit before joining Larry and Moe as one of the 3 Stooges in 1956. A handful of the Besser titles were included in the 1959 Screen Gems television package.

DIZZY YARDBIRD (3/9/50) D: Jules White. Dick Wessel, Brian O'Hara, Jessie Arnold, Bill Wallace, Jim Brown, Emil Sitka, Nick Arno. Joes sergeant struggles to mold him into a model soldier. TRIVIA: The original script, WHAT A SOLDIER! was written in 1943 by Felix Adler and was intended to be a Buster Keaton comedy. Remade as G.I. DOOD IT (1955). Reissued theatrically in December, 1959.

FRAIDY CAT (12/13/51) D: Jules White. Jim Hawthorone, Steve Calvert, Tom Kennedy, Joe Palma, Eddie Baker. Wide Awake Detective Agency investigators Joe and Hawthorne have failed to solve the antique robberies of the Ape Man Gang, and are given one last chance by their boss, I. Katchum. Guarding an antique shop late at night, the boys come face-to-face with a gang of crooks who have trained a real gorilla for the break-ins. TRIVIA: Joe Besser was reportedly paid $1500 for 4 days work. Original working title was SILLY SLEUTHS. A remake of the Three Stooges DIZZY DETECTIVES (1943). Remade as HOOK A CROOK (1955). Reissued theatrically in October, 1959. 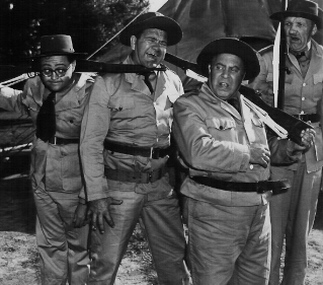 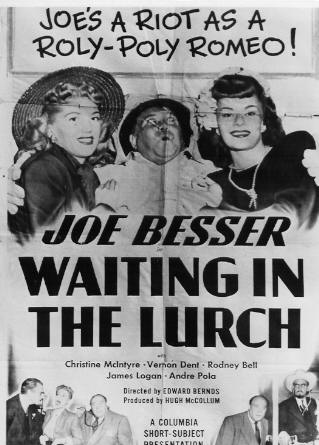