Before becoming more famous as director of AT THE CIRCUS and GO WEST with The Marx Brothers, Eddie Buzzell directed and starred in a series at Columbia. Research continues on this series which is currently unavailable for review. 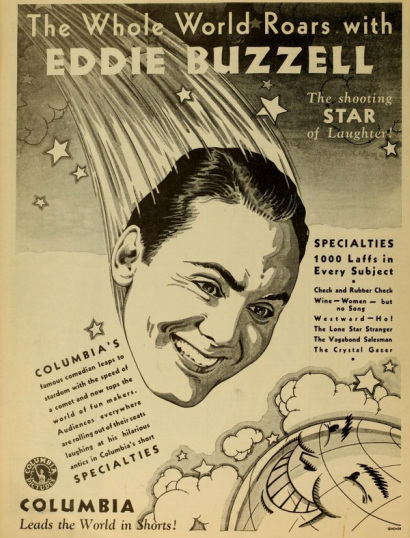 Wine, Women, But No Song (2/23/1931). Eddie masquerades as a butler in a girl's apartment when her uncle arrives for a visit.

Check And Rubber Check (3/20/1931) Buzzell is a broke businessman who intends to marry his stenographer as soon as he gets on his financial feet again. One of Eddie's creditors offers to bail him out if he will marry the man's daughter. Eddie agrees but the man's check bounces.

Chris-Crossed (8/3/1931) A lampoon of the discovery of America by Christopher Columbus.

Red Men Tell No Tales (9/21/1931) Pun-filled one-reeler about an Indian tribe. One example of a joke: When the Indian Chief orders his tribesmen to take to their arrows and bows, they all grab bow ties...

She Served Him Right (12/12/1931) Buzzell falls in love with a woman who owns a restaurant and marries her. Things go south though when his new wife becomes disgustedly irritated with Eddie's stupidity.

The Wolf In Cheap Clothing (4/26/1932) The final entry concerns a couple of partners in the cloak and suit business. One of them, named Wolf, gets caught in a compromising with his partner's wife...hilarity ensues. 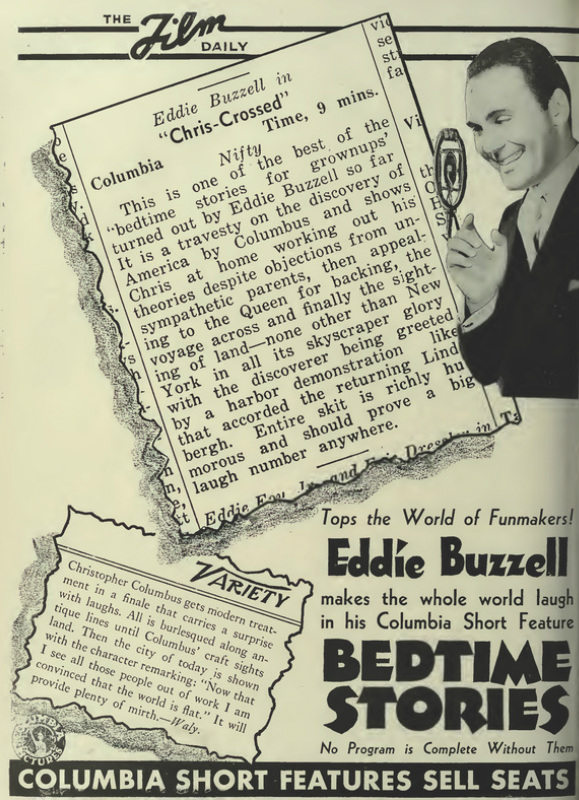