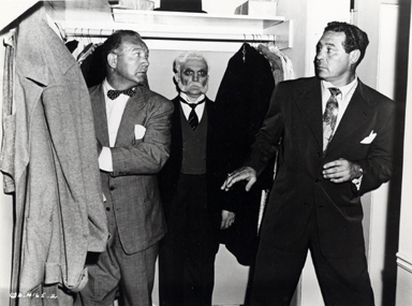 _
Ex-boxers Baer and Rosenbloom were teamed for a series of comedy shorts in the early 1950's, leaving one of the rarest of the Columbia series to track down.

Of the 4 shorts in the series, only THE CHAMPS STEP OUT is currently available for review through our archives. 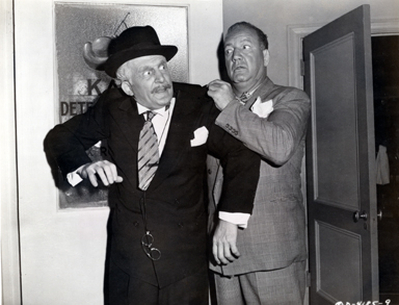 ROOTIN' TOOTIN' TENDERFEET (2/14/52) D: Jules White. Jean Willes. The boys are out west, looking for an heiress to whom they have to deliver a deed. TRIVIA: A re-working of Laurel and Hardy's WAY OUT WEST (1937). The original working title was WESTWARD HOKUM. Reissued theatrically in March, 1960.