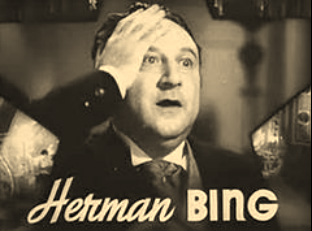 from The Great Zeigfield
Herman Bing was a prolific character actor who specialized in immigrant characters, while at the same time lampooning his own German accent. He was much in demand during the 1930's, cast as taxi drivers, barbers, vendors, and the like.

His first Columbia short was a supporting role alongside Monty Collins and Tom Kennedy in STAGE FRIGHTS (1935). In 1937, the studio brought him back to headline his own starring short, OH, WHAT A KNIGHT!  directed by Charley Chase.  He soon fell out of favor with producers and directors who were no longer interested in his dialect schtick. Although his talents would appear sporadically on and off-screen until the mid-1940's (he provided the voice of the Ringmaster in Walt Disney's DUMBO), he was unable to find secure work in Hollywood and sadly committed suicide in 1947.

His only starring short for Columbia is, unfortunately, not available for reappraisal.

Bing, a barber, is mistaken for a society woman's new footman. 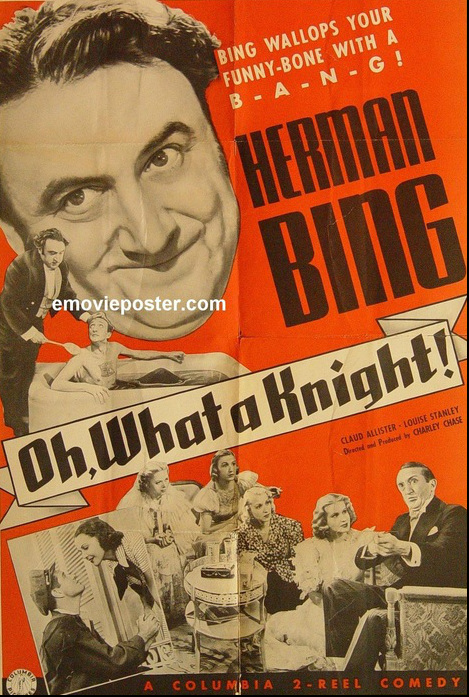