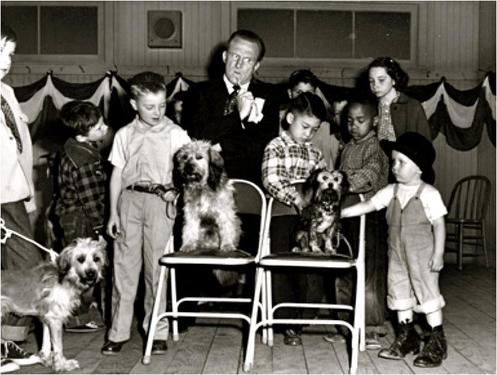 The Mischief Makers* was an attempt to capitalize on the renewed success of the classic 1930's "Little Rascals" shorts that Monogram Pictures was theatrically reissuing at the time. The result, KIDS WILL BE KIDS, is an unintentionally funny mess, and easily takes the honor as the worst Columbia short Jules White, or anyone else, ever produced.

The future of this series was scrapped and no further misadventures of Junior and His Gang ever materialized.

A copy does exist in our archives and is available for review.

*In 1960, a television series called THE MISCHIEF MAKERS was syndicated featuring re-titled, edited versions of the silent era "Our Gang" comedies (with a few rival kid comedy series ("Buster Brown" and "Mickey McGuire") mixed in.

The Mischief Makers enter their pet dog Daisy in a contest. 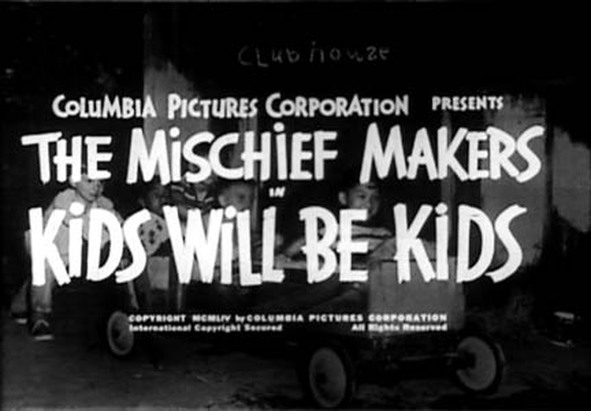