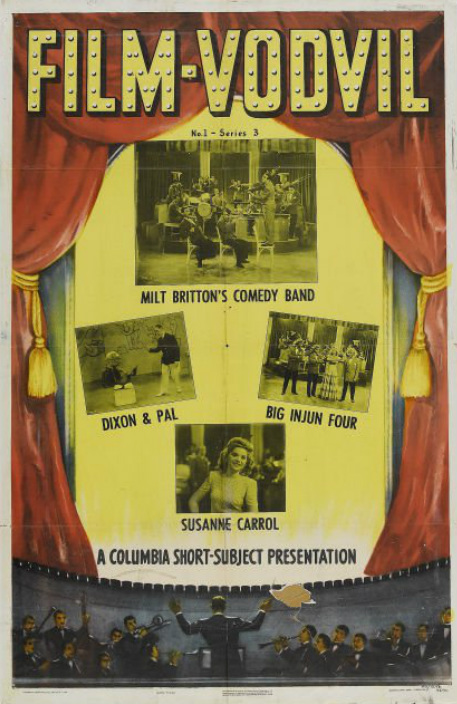 Another one-reel series from producer/director Ben K. Blake. All were shot in New York and often featured talent that was currently appearing in clubs throughout the city or on network radio.

We are still seeking information about many of the earlier titles in this series.

BOBBY BYRNE AND HIS ORCHESTRA (8/15/1946) D: Ben K Blake Bobby Byrne, Bob Hayden, Shelia Bond. Another of the "Film Vodvil" shorts filmed in NYC utilizing radio and stage performers mostly. This entry headlines Bobby Byrne and his Orchestra providing the music, while vocalist Bob Hayden sings "Prisoner of Love" and tap dancer Sheila Bond does her stuff on "La Bonda" and "Boogie Bond." The band also plays "Hey, Bobby." This leavers singer Hayden the only performer that doesn't have his name in a song which, of course, is the only song ever heard elsewhere. The Columbia production number is 7958.


SPECIAL THANKS TO LES ADAMS FOR HIS CONTRIBUTIONS TO THIS PAGE