Fools Who Made History

Hugh McCollum produced this series of  one-reel historical dramas. The series was not well received and discontinued after the release of second short. McCollum returned his focus to producing the more lucrative two-reel comedies.

Charles Goodyear struggles to develop a process to vulcanize rubber. In doing so, this short follows his association with the Baker Chemical Company and his courtroom battles to patent his process. 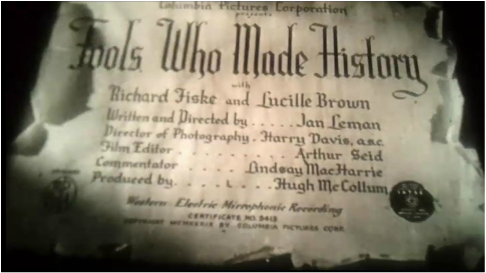 Opening titles for THE STORY OF ELIAS HOWE.