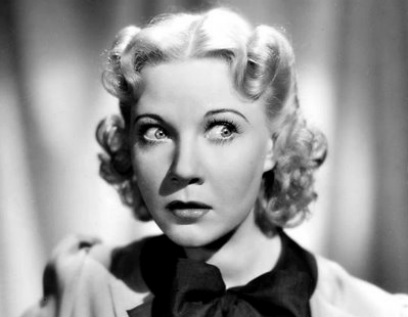 _Una Merkel appeared in a vast number of feature films, including the hilarious BANK DICK with WC Fields. She was offered a series of shorts, but it appears the studio wasn't quite sure what to do with her. She was first paired with Gwen Kenyon, then with Harry Langdon.

QUACK SERVICE was syndicated by Screen Gems Television in 1959. TO HEIR IS HUMAN found it's way to the 8mm home movie market in a silent, abridged version in the late 1960's.

If a title is not in ITALICS and UNDERLINED....I do not have it in my collection.
QUACK SERVICE (9/3/43) D: Harry Edwards. Gwen Kenyon, Monty Collins, Dudley Dickerson, Vernon Dent, Blanche Payson, Bud Jamison, Snub Pollard, Stanley Brown, Al Thompson. Process servers Una and Gwen are assigned to serve papers to a prominent physician. 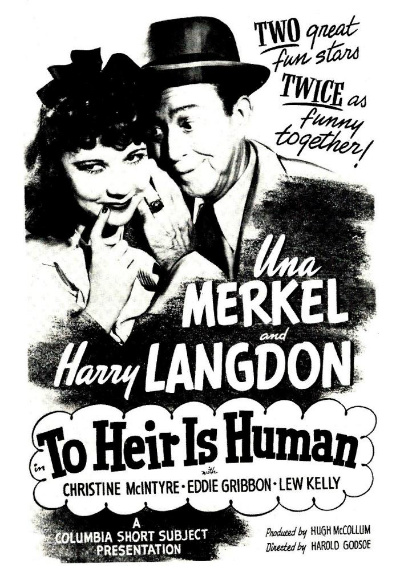