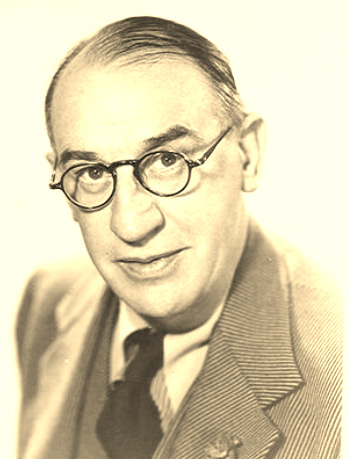 Walter Catlett worked for a variety of studios throughout the 1930's and 40's, appearing in countless features and short-subjects.

In 1934, Columbia signed Catlett to a series, which he would appear in until 1940, mainly as work in between feature film assignments. Some shorts have a few years gap between them, to which the end result was only 6 two-reelers for the department.

The Catlett series gets the credit for introducing many of those zany sound effects associated with the Columbia shorts, which are easily recognized in the comedies of The 3 Stooges.

The Catlett shorts were syndicated by Screen Gems Television in 1959.

To avoid getting a speeding ticket Walter poses as an expectant father rushing to see his wife; when the cop follows him, he's forced to come up with a wife and child.

The working title was PLAYFUL HUSBANDS

When Walter's wife receives a telegram notifying her that she's inherited $50,000, Walter quits his job and assumes he can now take a life easy, but his wife makes him do all the housework.

Many of the sound effects that are heard in the Columbia shorts, especially those now associated with the comedies of The Three Stooges, were first introduced in this short

Walter pretends to have been in an auto accident in order to get out of two conflicting engagements.

Mrs. Catlett is planning a surprise birthday dinner for Walter, who, while on the way home,demonstrates his hatred of radios in various mishap ways. Walter's boss and his wife are among the party guests, at which Walter receives a short-wave radio set as a present, but his boss has to leave early to take a sailing trip on his new boat, but not before Walter's obnoxious brother-in-law Chester sells him an insurance policy on the boat against Walter's wishes. Later, Walter becomes intrigued with the radio set, especially when he thinks he picks up Australia but it is only Chester playing a joke. But Walter does pick up a distress call from his boss's boat, and manages to summon help.

Monty and Walter, as Pruitt and Slocum of the Eagle Eye Detective Agency, go to the aid of a millionaire who has been abducted by a mad scientist.

A beautiful blonde plants a stolen diamond necklace on an unsuspecting Walter.