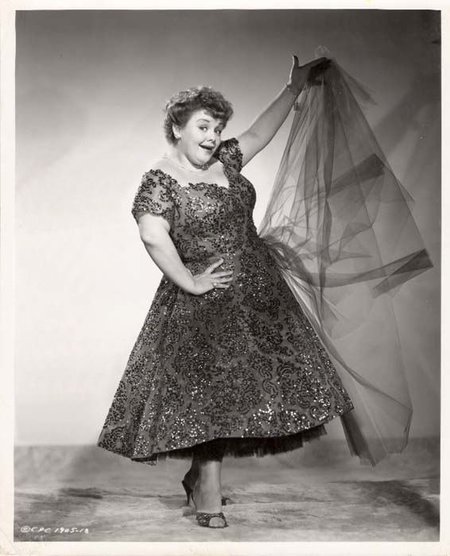 Muriel Landers signed with Jules White who had hopes of continuing a series of shorts other than the still strong 3 Stooges comedies. This new series was billed as GIRLIE WHIRLS and the result, TRICKY CHICKS, was pretty dismal. No further GIRLIE WHIRLS subjects were produced, however with Landers still under contract, she went on to torture audiences as "Tiny" in SWEET AND HOT, one of the poorest received of any the 3 Stooges two-reelers.

This would be the final attempt at a new short-subjects comedy series by Columbia, and the one short produced, TRICKY CHICKS, is currently available for review through our archives.

When the government (falsely) suspect that performers Muriel and Bek are enemy agents, they dispatch investigators to the nightclub the two are performing at . Trouble arises when the women fall in love with two of the investigators and produce fake evidence in order to keep the two men around.

This film originally had two working titles; GIRLIE WHIRLS and HOTTER THAN HOT.

Stock footage from this short is included in the 3 Stooges comedy SWEET AND HOT (1958).