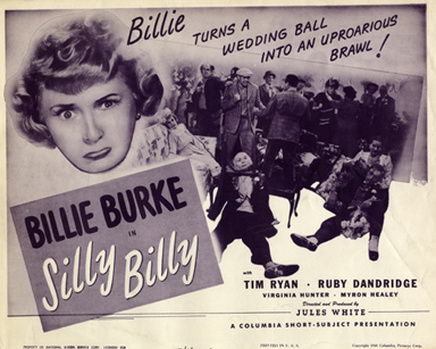 _
Billie Burke, a wonderful character player in countless films,  is best remembered as Glinda the Good Witch of the North in MGM's THE WIZARD OF OZ (1939), but it is not as well known that she appeared in two comedy shorts for Columbia in the late 1940's.

Directors Ed Bernds and Jules White both made wise choices by placing the slapstick and wild antics in the hands of the supporting players.

Of the two shorts Billie made, only BILLIE GETS HER MAN is currently available through our archives. 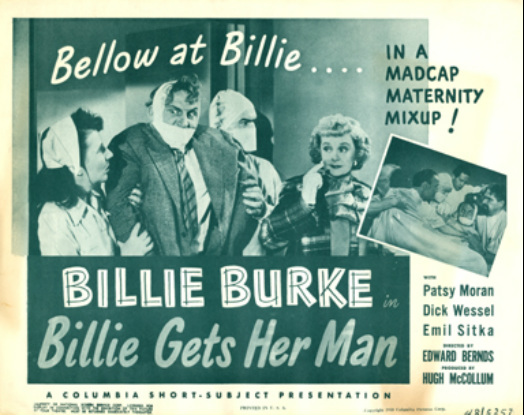