This one-reel comedy series featuring monkeys in human settings, with actors providing the voice-overs, was Columbia's answer to Jules White's "DOGVILLE" comedies over at MGM.

Excel Films licensed at least one of the shorts through Columbia and released it as a silent 16mm abridgement under the title JOCKO THE MONK IN "CURSES! FOILED AGAIN!".

Research continues on this series.

The Jazzbo Singer (11/29/1931). A monkey with stage ambitions goes for his dreams and becomes a huge success. When word comes that his father is dying, he leaves the stage to go home. Upon hearing what a success his son is, the ailing father rejoices and becomes well again. 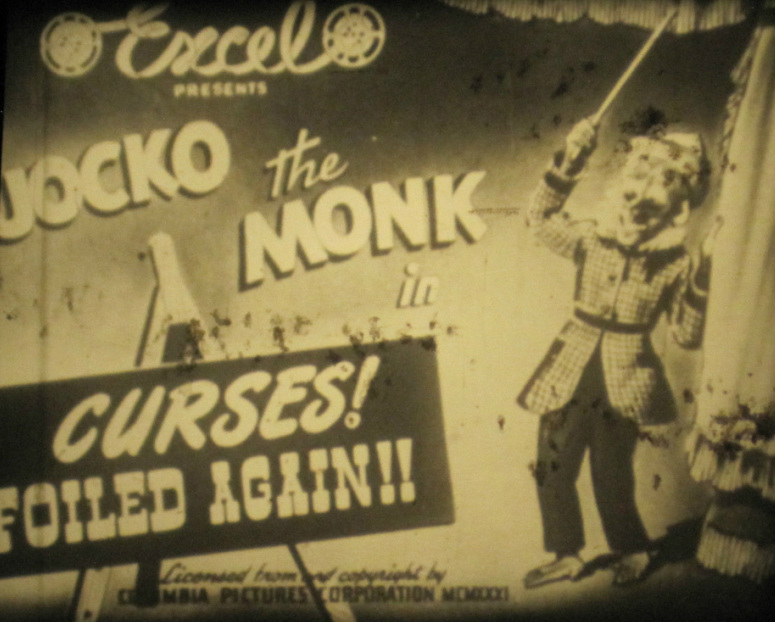